Churches Together in St Anne's

Churches Together in St Anne's will meet approx. 3 times a year to promote co-operation and joint activities between the various Christian Churches in St Anne's on the Sea. The intention is that a united Christian witness will be presented to the increasingly non-Christian society in which we live and that the various churches will learn from each other.

Meetings of Churches Together in St Anne's will consist of volunteers both lay and clergy who wish to represent their church. It is hoped that at least two or three volunteers, both laity and clergy, from each church in St Anne's will come to the meetings. In each case one of these volunteers will be designated the official Representative of that church so that the Churches Together chairperson has one person to liaise with in each church. As many of the clergy have oversight of a number of churches it is anticipated that the Representatives will be from the laity. All present at the meeting will come to an agreement on who is to be the chairperson when a new one is required.

The idea is that things will be kept simple and informal, there will be no need for legal existence, a bank account, officers etc. Where an activity requires public liability insurance, such as the Pentecost Walk of Witness, the activity will be the responsibility of one church who will invite the others to join in. Similarly if there is expenditure, such as the ecumenical Christmas Card to all households in St Anne's, one church will pay the invoice and the other churches will reimburse that church with cheques for their share of the cost. Various representatives will take turns in writing the notes of decisions made at the meetings and pass them to the chairperson for checking and circulation.

On the Tuesday of Holy Week I visited the Food Bank and Drop in Centre in order to find out more about them. 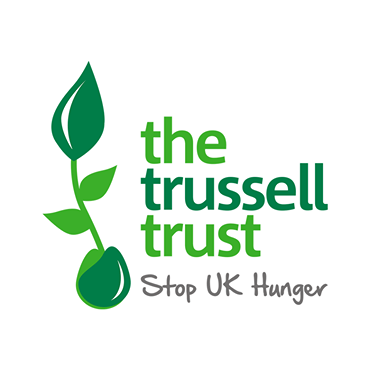 The Drop in Centre, originally started by the Council of Churches in St Anne's in 1991, had in recent years come under the YMCA. It has now moved to be part of the Food Bank at the United Reformed Church in St George's Road. The Food Bank, which is affiliated to the Trussell Trust, relocated to the URC earlier this year. The Trussell Trust support a nationwide network of food banks and who together provide emergency food and support to people locked in poverty, and campaign for change to end the need for food banks in the UK. For more information you can see the Trussell Trust website. Fylde Food Bank is a charity in its own right, with its own website, and receives some support from Fylde Borough Council. The Food Bank in St Anne's opens on Tuesdays and Thursdays (there are branches at Kirkham and Warton open on other weekdays) and the Drop in Centre opens on Tuesdays.

The Trussell Trust supports more than 1,200 food bank centres in the UK to provide a minimum of three days' nutritionally-balanced emergency food to people who have been referred in crisis, as well as support to help people resolve the crises they face. The Trussell Trust is an anti-poverty charity founded on Christian principles. It works with people of all faiths and none, and is founded on Jesus' words: Between April 2017 and March 2018, food banks in the Trussell Trust network provided more than 1.3 million emergency food supplies to people in crisis.

Schools, churches , businesses and individuals donate non-perishable, in-date food to a food bank. Sometimes there is unwanted food due to over production. On the day I visited the Food Bank and Drop in Centre had M&S flowers to give out as they had passed their display date. It was lovely for people who would otherwise not have had spring flowers for Easter. Volunteers sort food to check that it's in date and store it ready to be given to people who are referred to food banks in crisis. More than 40,000 people give up their time to volunteer at food banks across the UK.

Food banks partner with a wide range of care professionals such as clergy, doctors, teachers, health visitors, social workers etc to identify people in crisis and give them a food bank voucher to access emergency food. People bring their voucher to a food bank centre where it can be redeemed for three days' emergency food. Volunteers welcome people and offer them further support to help resolve the crisis they face, e.g. putting them in touch with Citizens Advice or debt counselling. So as not to encourage a culture of dependency people are limited to three referrals in a six month period. Food banks aim to provide compassionate, practical support to people in crisis to tackle the root causes that lock people into poverty and build people's resilience so they are less likely to need a food bank in the future. There are a variety of crises which lead to the need for food banks, such as, homelessness, debt, benefit delays and changes in benefits.

The Drop in Centre is open to people of any age and any need. They are given a sandwich lunch and signposted to any organisations or government departments who can help them. Often what they most need is just someone to listen to them. Care in the Community has meant that there are often people in need with mental health problems. During the time the Centre came under the Council of Churches homelessness emerged as the greatest need, so Face to Face and Harbour House were set up particularly to help homeless young people. Both these have now been handed on to be run by other organisations. The Drop in Centre helpers are still all volunteers from the various churches in St Anne's.

On the day I visited there were about 20 people in the Drop in Centre and a steady stream of people at the Food Bank. I hope we can all continue to support this much needed work in our giving of food and finance, and in our prayers. Our thanks go to all the volunteers who give their time to this work.

Cooking on a Budget - Wesley's Café

The story of Wesley's begins three years ago, when Church Road Methodist Church was home to Fylde Food Bank.

One day, Paul Caddy - a recently semi-retired hotel and restaurant owner with too much time and energy to 'just retire' - popped in. He was looking for an opportunity to help people to learn to cook so that they could eat well and cheaply. He wanted to show people how to make tasty meals with food from the Food Bank and for the cost of a McDonalds make breakfast, dinner and tea. He found the that Church Road had refurbished the kitchen at a cost of £20k and their Minister - Rev Stephen Heath who shared his passion for healthy eating on a budget, was looking to develop a food based project. After six months' planning and preparation, Wesley's was born.

Paul, though he comes from a 'high end' catering background, was aware that food and social poverty are found everywhere, even in apparently affluent areas like St Anne's - and Stephen saw this as a very practical way of expressing Christ's love to the church's neighbours.

Stephen admits that some of the church people were cautious about this at first, but his gentle yet persistent championing of the venture won them over. Paul underlined too how vital it is that any church hosting a similar venture is open to, supportive of and engaged with it.

Wesley's paused while the remodelling of the premises forced its temporary closure, but it reopened earlier this year and regained the highest hygiene rating (5)! Many of the original volunteers (most from outside the church) returned and it currently serves lunches on Tuesdays and Thursdays - £2.50 for a three course meal with hot or cold drink, from a menu with many options, for adults - children eat free. Despite the low prices, food costs are being covered, with a little in reserve to cover wear and tear etc.

Paul and Stephen agree that Wesley's has improved the social wellbeing of both volunteers and customers around cooking and eating nice food. The volunteer team - which includes a retired doctor, senior police officer and chemist - enjoys great camaraderie as well as great leftovers to take home.

Two offshoots - Wesley's Table and Wesley's Larder have been added. The former relies on Tesco donating excess food which would otherwise go to landfill. In two and a half years the equivalents of over 53,000 meals has been distributed by Wesley's across the community from Tesco. In addition to that another £500 at Supermarket prices, has been distributed each week.

Stephen emphasises that all this needs careful management to ensure that 'need' and not 'greed' is being met. He fully supports Paul's plans to introduce Family Breakfasts and light lunches for the summer holidays - a time when many feel the pinch from the lack of Free School Meals. Normal service at Wesley's will resume in September.

Off-site catering e.g. for youth clubs is also underway. Paul says he feels he 'has a tiger by the tail' and is ready to explore new avenues - for example, he has run 2 x 6 week cooking courses and would repeat this if there was demand - for him the venture has no barriers other than people's time and energy.

He was honoured to be invited to a royal garden partying in the spring in recognition of his work in Wesley's.

Stephen is keen to help the project develop. He says, 'Come to eat or have a look around or consider the many volunteering opportunities to get a real taste for what can be achieved.'

For further information about Churches Together in St Anne's contact: Peter Watson peter.donald.watson@CofEgmail.com (01253) 729725 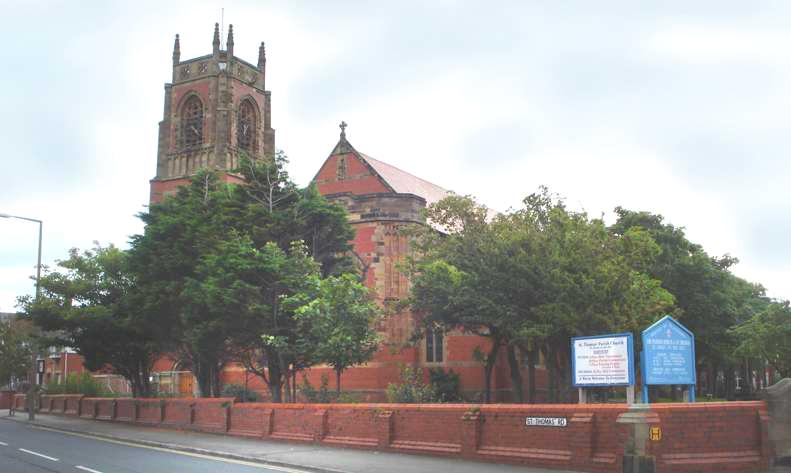 The side chapel inside the church is open for private prayer most days between 10.00 am and 4.00 pm. Access is via the small door facing Clifton Drive South. 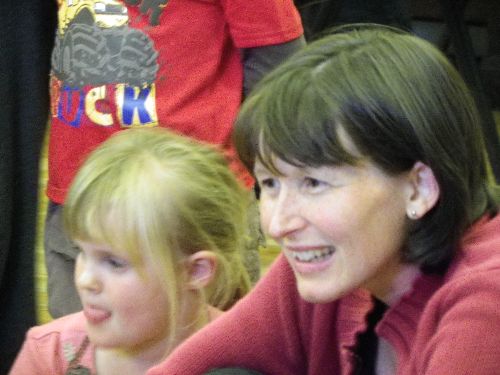 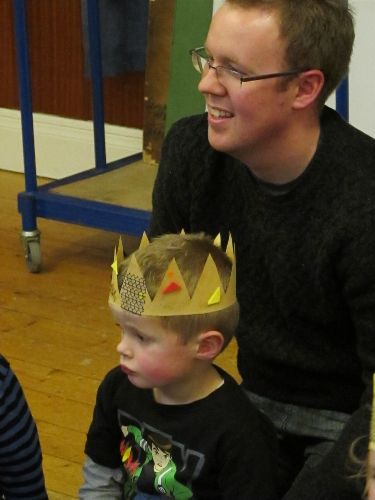 St Thomas's Church, St Anne's-on-the-Sea, Lancashire, FY8 1JL, United Kingdom
Contact Us  |  Make a donation to St Thomas's church
St Thomas's church is maintained by those who come through it's doors. We do not receive any financial support from the government or public purse.